Bluetooth earpieces have always been great for making phone calls on an iPhone - but what about using Bluetooth headphones with an iPhone? I remember being so excited when Apple added A2DP to iOS with the release of iOS 2 back in 2008, meaning that finally iPhone owners could use Bluetooth not just for phone calls but also for listening to music - without wires!

Once the update was available, I eagerly installed it and tried using Bluetooth headphones with my iPhone, and sure enough, I discovered that I could listen to audio wirelessly. But I also discovered that audio was abysmally out of sync thanks to bugs in the newly released A2DP system, and that using Bluetooth headphones killed my iPhone's battery, seemingly almost instantly.

There were other problems too. For example, even the slightest movement could sometimes cause the audio to drop out entirely for a moment - heck, even just a gust of wind would sometimes do it. Many early Bluetooth headsets used designs like that of the original Motorola S9 - very large and cumbersome to carry, mediocre audio quality, and so rigid and painful to wear that one wonders if they were designed after dental headgear. 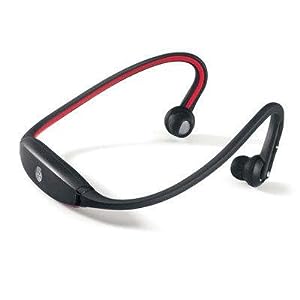 So there it was - I had the amazing freedom of wireless audio, and all I had to do was carry and wear inconvenient, uncomfortable headphones, give up audio sync and audio quality, deal with frequent audio drop outs, and recharge my iPhone about once every 20 minutes or so.

I may as well have exclaimed, "This would be awesome, if it weren't so horrible!" as I threw my Bluetooth headset into my closet.

Now I don't know about you, but I haven't given Bluetooth headphones much thought since then - they tend to be pretty expensive, and although I looked at them from time to time, it wasn't long before I gave up on them entirely and decided they just couldn't possibly be worth it.

I had forgotten about Bluetooth headphones to the point that I almost didn't realize that something happened over the past year or so: Bluetooth got good.

I happened to get a good deal on some Plantronics BackBeat 903s. Small, light, comfortable, and elegant, they are every bit as easy to carry and as comfortable to wear as wired headphones. 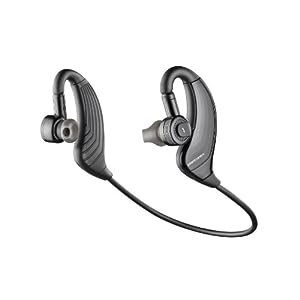 Audio quality is great too - it has rich bass and still keeps the treble clear. And audio dropouts? Forget about it! I wear them indoors and outdoors, and they literally handle being jostled better than some wired headsets do.

But it's not just the headsets that are improving. The audio sync issues for iPhones and iPod touches have been fixed with iOS 4 (and the iPad never had any such issues), and the new iPhone 4S features Bluetooth 4.0, an upgrade which focuses specifically on battery life.

I know what you're thinking: "So the iPhone 4S has Bluetooth 4.0. What does that mean, it only decreases my battery life by 83% instead of 90%??" But guess what? This upgrade is the real deal. Using Bluetooth headphones with your iPhone 4S doesn't kill the battery. Really. It will still draw more power than wired headphones, but for the first time ever, using Bluetooth headphones as your main listening device on your iPhone actually makes sense.

I Got The Blues