I use my iPad 2 heavily for writing on the go; most days see me tap over a thousand words into the iPad. I have been productively using the Logitech Keyboard Case for that typing, as detailed in several articles I have written. I used Evernote for the iPad for all of that writing, as it worked so well for me and synced automatically to the cloud. More accurately it used to work so well for me until the most recent update by Evernote broke it completely.

Evernote played the central role in my mobile writing machine, as it worked so well with the iPad 2/Logitech Keyboard Case combo. The three pieces combined to form the ultimate beast for writing thousands of words a day, no laptop required. I loved everything about using this kit, from the way the Evernote editor stayed out of my way and let me just write, to the seamless way the app supported the keyboard.

Last week the Evernote app for the iPad had an update show up, and as usual I downloaded it and installed it. Much to my horror, I have not been able to use the app with the Logitech keyboard since the update. When I start typing in the app, after just a few seconds the text stops updating on the screen and nothing happens. Shortly a stream of text will appear, with duplicate letters in most of the words. It happens so consistently I have stopped using Evernote on the iPad.

The issue started for me with the latest update, but apparently it has been affecting some users for months. I have verified that only Evernote is affected, as every other text entry app I use (SimpleNote, Storyist, etc.) work as flawlessly as before.

I can’t state this problem is affecting a lot of Evernote users on the iPad because I really don’t know. It is making Evernote impossible for me to use, so that’s worth sharing. Especially since I have reported how well it worked for me in the past. Please Evernote, get this addressed quickly, before my daily routine is irrevocably changed. 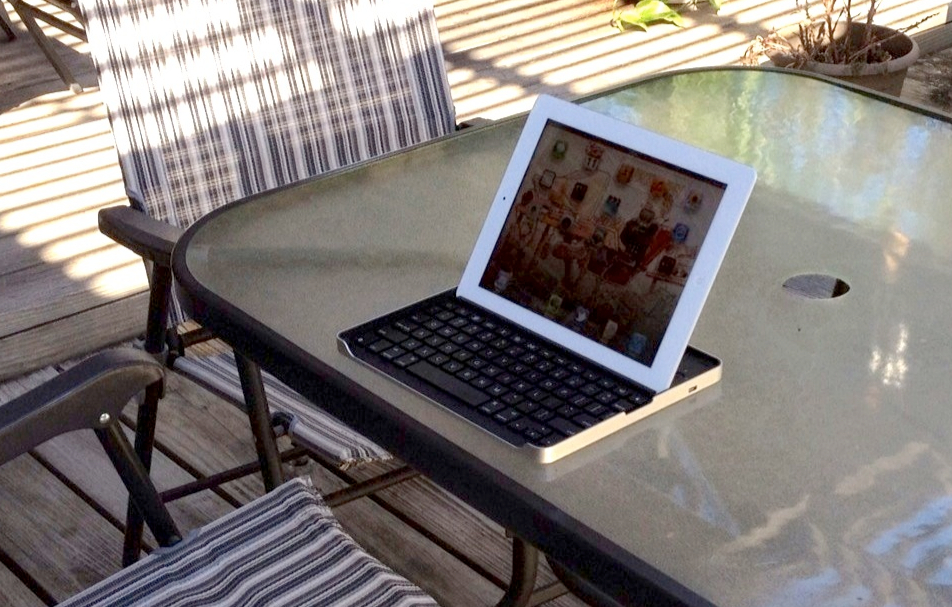